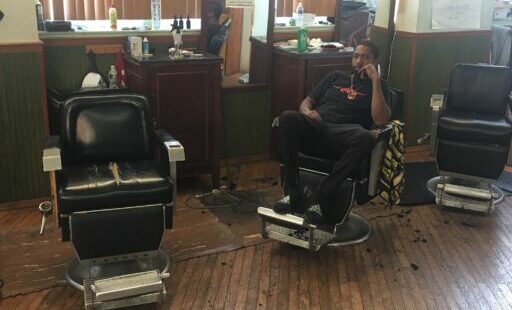 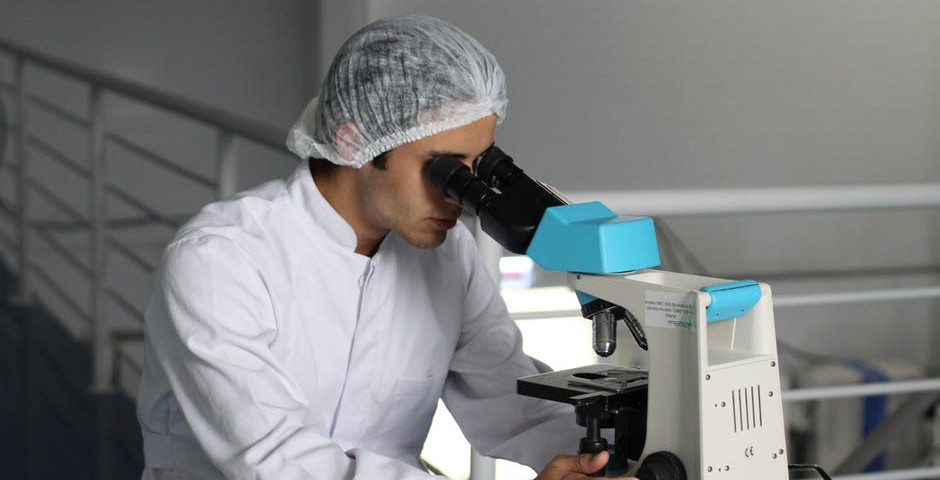 This post will dive into the importance of learning the science of barbering for the sake of cleanliness and prevention of spreading contagious and infectious material from person to person while conducting services as a barber. The Barbershop station and environment must be sanitary and safe work practices and also the barber must know the science of barbering to be conscious at all times of spreading harmful germs and bacteria. It is the barbers’ responsibility to ensure that clients receive safe and sanitary services. After barbering for several years, the barber will be tested in real life even after your barber exams!

Bacteria and Its Classifications

Bacteriology is the science concerning the study of microscopic organisms called bacteria. Bacteria are microbes, or one celled microorganisms that exist everywhere. They can be found in the air, water, body, on clothes, skin, tools, etc. There are several kinds of bacteria maybe thousands or beyond. For the sake of our study all the types of bacteria has been broken down into two generic categories as follows….

Nonpathogenic organisms which are the majority of bacteria. They are beneficial and harmless and help protect the body from infectious micro-organisms and help stimulate the immune system.

Pathogenic organisms are the minority although they are very harmful and causes disease. The parasites which feed off of living matter for survival are among this group. So it is of the barbers’ best interest to learn and memorize the classifications of the harmful bacteria as follows;

Bacteria have distinct shapes which help identify them so pay attention

1. Cocci are a group of round shaped organisms that appear in a single line or in the following groups;

a) Staphylococci are pus forming organisms that grow in bunches or clusters which cause pimples, pustules and boils.

b) Strepococci are pus forming organisms that grow in chains which cause strep throat, lung and throat disease and blood-poisoning.

c) Diplococci these organisms grow in pairs and cause pneumonia and gonorrhea.

2. Bacilli are short rod shaped organisms. They are most common bacteria to produce diseases such as lock jaw, fever, tuberculosis, and diphtheria.

3. Spirilla are curved or corkscrew-shaped organisms divided into several groups such as sexually transmitted diseases that cause syphilis or lime disease which is caused and spread by ticks.

Movement of Bacteria – Cocci rarely show active self movement or motility, they are transmitted in air, dust and substances which settle. Bacilli and spirilla are both motile (moving or capable of moving) and use hairlike projections known as flagella or cilia to move about.

Growth and reproduction of Bacteria have two distinct phases in their life cycle.

1. Active or Vegetative stage during this stage bacteria grow and reproduce in warm, dark, damp and dirty places where sufficient food is present and conditions are favorable. Maximum growth is reached when cells divide into two new cells. This division is called mitosis and cells formed are called daughter cells. When mitosis occurs one bacterium can create 16 million germs in a 12-hour period. Bacteria dies or become inactive when favorable conditions are corrected cease to exist.

2. Inactive or Spore-forming Stage bacteria lie dormant and can withstand periods of famine, dryness and unsuitable temperature. When favorable conditions are restored the spores move back into the active or vegetative stage and start to reproduce and grow again.

The presence of pus is a sign of infection. Pus is a fluid that contains white blood cells, dead and living bacteria, waste matter and tissue elements and body cells. So one should always be conscious of naturally detoxing the body on a regular weekly basis to rid the body of harm bacteria which causes infection.

Local infection is identified by lesion containing pus and appears at particular areas of the body. Infected scrapes, cuts and pimples are examples of localized infections. Staphylococci are most common pus forming human bacteria and are carried by one-third of the population. It can be picked up from doorknobs and counter tops, but is more frequently transferred through skin to skin contact or unclean implements.

General infection results when bloodstream carries the bacteria and toxins to all parts of the body, like blood-poisoning. 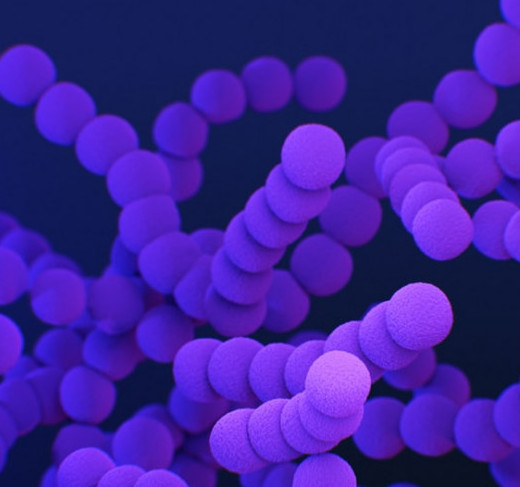 Viruses are tiny submicroscopic structures capable of infecting almost all plants and animals, including bacteria, and can cause common cold, flu, measles smallpox, rabies, hepatitis and HIV, which causes AIDS and may other viruses. Viruses live only by penetrating cells and becoming a part of them. Bacteria are organisms that can live on their own and can usually be treated with antibiotics. However, viruses are resistant to antibiotics and the barber text suggests vaccinations although they are not available for all viruses. So we suggest that the barber do further self study and learn natural methods to destroy favorable conditions which parasite feed off. You will then be more valuable to your clients and the barber can create a new revenue stream for your business and keep your environment more safe and sanitary than the norm.

Blood pathogens are disease producing bacteria and viruses that are carried through the body in blood or body fluids such as hepatitis and HIV. Blood to blood contact may occur if the barber accidentally cut a client who has HIV-positive or infected with hepatitis and the barber continue to use the implements without disinfecting them on another client or even yourself will be at risk.

1. Breaking the skin such as a pimple, scratch, or small cut from sharp trimmers the barber won’t even notice.

2. The mouth through contaminated food or water such eating lunch without washing your hands and leaving your drink uncovered.

3. The nose through breathing harmful toxins from unnatural hair products in spray cans.

4. The eyes or ears are affected also by exposure to harmful product and sprays used in the shop.

5. Unprotected sex with someone carrying a condition can be easily transferred into the body!

Four 4 Ways the body fights infections in the body

1. Unbroken skin is the first line of defense always be sure the barber clippers are no to sharp and be careful with the razor.

2. Body secretions such as sweating and digestive juices obtained by regular detox of the body.

3. White blood cells destroy bacteria so eat healthy and use black seed oil regular. It is prophesied as being a cure for every disease except death! A must have and a mercy to the barber as a barber, the entire family, society and the world at large. To learn more on this powerful oil please be sure to check out our Black seed review and affiliate products.

4. Antitoxins which counteract the toxins produced by bacteria and viruses. For more knowledge and information check out our article on Natural Cures where the barber can learn more to benefit yourself and your clients.

Infections created by pathogenic bacteria and viruses can be prevented and controlled through personal hygiene and public sanitation. Sepsis is the poisoned state caused by the absorption of pathogenic micro-organisms and their products into blood stream. Aseptic is an environment free of disease germs the barber and shop should maintain.

Parasites are plant and animal organisms that live on another living organism. Plant parasites are called Fungi such as mold, mildew, rust and yeast and can produce contagious skin diseases such as ring worm. Animal parasites also responsible for contagious diseases. Itch mites can burrow under the skin causing itching and inflammation known as Scabies. Pediculosis is the term for head lice infection.

Hepatitis is a disease marked by inflammation to the liver, a blood borne virus and transmitted easier than HIV because it is present in all body fluids. Three 3 types concern the Barber

1. Hepatitis A Virus is a flu like illness which last three weeks, which include symptoms like jaundice, nausea, fatigue, fever, abdominal pain, and loss of appetite. Spread through poor sanitation, poor personal hygiene and common bathroom use.

2. Hepatitis B Virus is a serious disease that accumulates in the blood and can cause long lifelong hepatitis infection, cirrhosis of liver, liver failure and liver cancer. Transmitted through blood products, saliva, and sexual contact.

3. Hepatitis B Virus can progress slowly and may include abdominal pain and fatigue. Transmitted through parenteral contact, sexual activity with infected partner and blood to blood.

HIV is a virus that causes AIDS which compromises the immune system as a result of the infection and disease. It may lay dormant in a body for up to ten years or more and it attacks the white blood cells. Transmitted primarily by blood and sexual relations with an infected person. So barber beware of the services in which the barber see blood and cuts and scratches and take extra precaution to clean and sanitize yourself, your implements and work area after services. as the barber should be in a habit of doing regularly.

Immunity is the ability of the body to resist and fight off invasion by bacteria once it enters the body. Natural immunity is the natural resistance from disease that is partially inherited and partially developed through hygienic living. Acquired immunity is developed after the body has overcome the disease. So the key to prevention of diseases is good habits of maintaining clean, sanitary work conditions, good personal hygiene, and consciousness knowledge and awareness of your surrounding environment.

All the best to the barber!

Author: Omar Jamaladdin
Omar Jamaladdin is proud parent and family man with 4 children a beautiful wife and strives to be a servant of Allah, God Almighty! I am a barber by trade